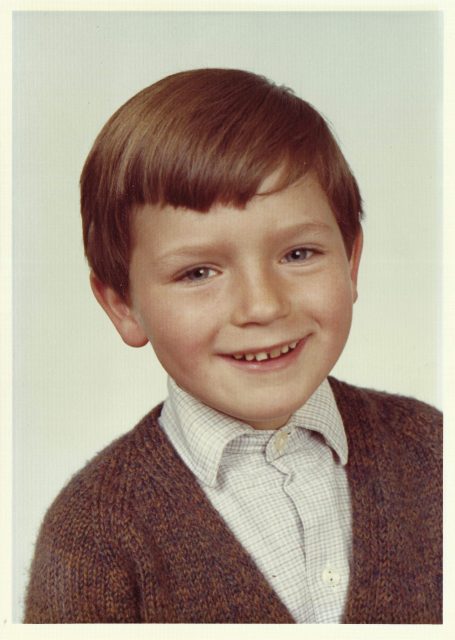 Memories of Steep in 1970s from Danny Nolan

As a family we moved to Steep in 1969 and lived at Hays Cottages. I had two brothers and a sister and in time we all moved. My mum Mary Nolan remained there until she died in 2010.

I attended Steep school. Mrs Fletcher was headmistress and taught the juniors along with Mrs Snuggs the infants. There weren’t many of us at the school. In my final year there were four, Alan Spivey, Richard Kenny, Stuart Holland and myself. (Apologies if any of the names are incorrectly spelt…. time has made me forget) On a Wednesday or Thursday, the Rev Douglas Snelgar would attend the school and we had Bible reading. Mr Naylor would come some afternoons for sports. I seem to remember it was always rounders on the common. There was a Christmas nativity play every year in Steep Church. I can remember one year I got to play Joseph, I felt very important!

During 1977 it was the Queen’s Silver Jubilee year, and I won the sack race on the common. I still have the reward, a jubilee coin in a plastic case. Back in the 1970s when Steep School had its celebration on the common, I was helping. I remember sitting down in the marquee on a cardboard box which then collapsed. It contained new ice cream cones. I was terrified, but Kay Bennett came to the rescue and only a few were broken, which she let a few of us children eat!

The picture below was taken of Steep School pupils in Queen Elizabeth’s Silver Jubilee year of 1977. The names were listed by my mother on the reverse. It was taken on Steep Common with the big beech tree behind us. As younger children, we would sit around it some Friday afternoons and have a story read to us by a stand in teacher.

My mum, Mary Nolan worked at Bedales School for much of her life. She was part of a team that repaired the boys’ clothes along with Pam Snelgar and a few others. She got to know David Linley and he drew her a picture of her sewing machine. I still have the picture today.

Ted and Mary (cannot remember their surname now) ran the Cricketers Inn long before it was extended and it still had outside men’s toilets – just as Steep School’s toilets were outside.

I can just remember the sand quarry when it was still used for sand…And walking to Petersfield before the bypass was built, both down the C18 road and the back way from the footpath that starts at the Church and ended in Tilmore road.

I always knew that I would join the Royal Navy and in 1983 at 16 years old I did. The Falklands War never changed my mind either way. It was a Captain Lockman RN (lived in Steep) and Rev Douglas Snelgar, who were both my referees as you needed two. Douglas, of course, had had a naval career in his earlier life.

I trained as an electrician in the Royal Navy and upon leaving, worked for a brief time for the Southern Electricity Board and then set out on my own. I have worked in so many houses, all around Steep and many of the farms.