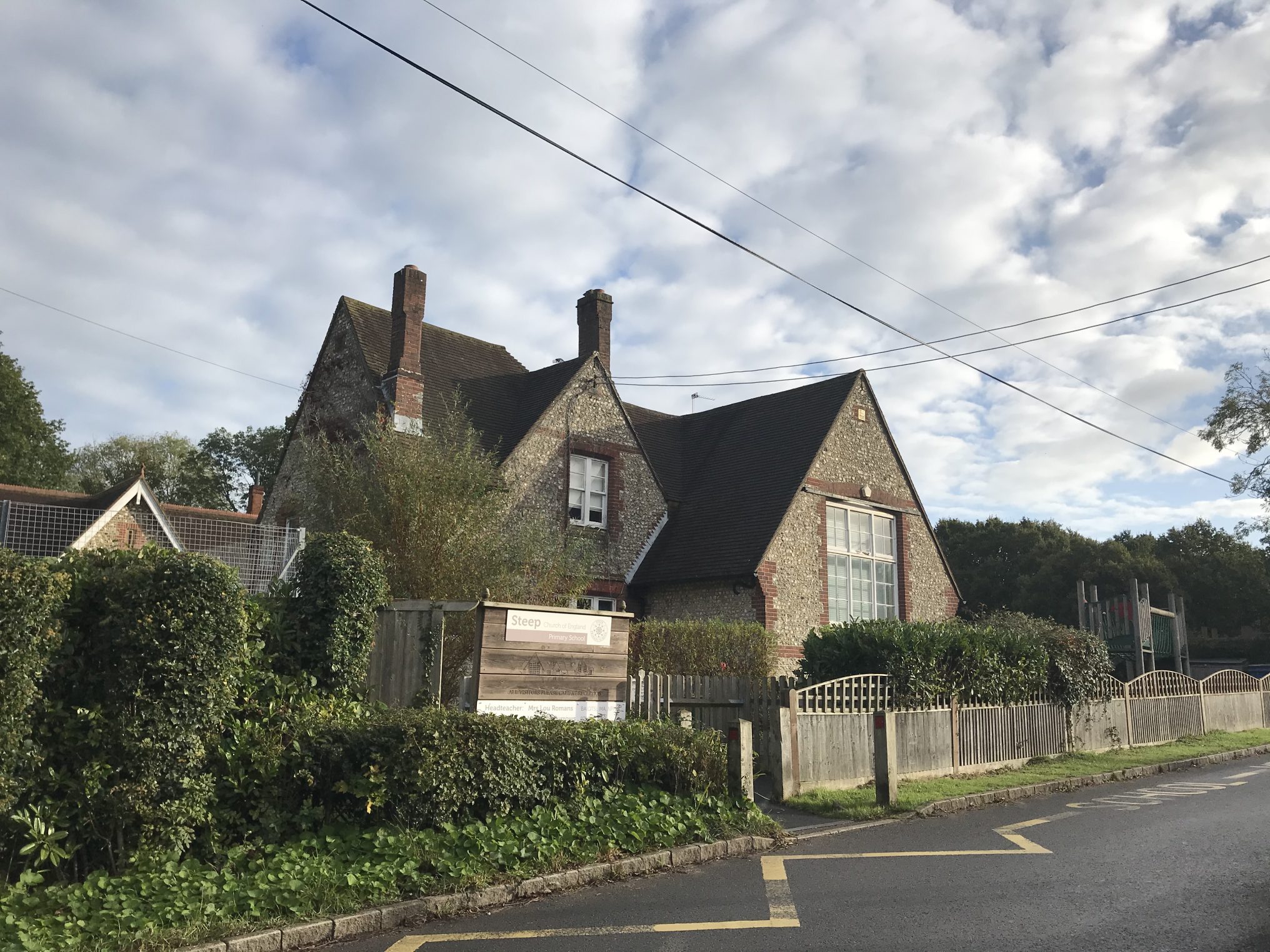 Memories of Steep School in the 1950s

This account originally appeared in the Steep and Stroud Newsletter

Yes I remember it well, the map of the world on the wall showed the British Empire in red (diminished these days). The old Tortoise stove was great during the winter. The caretaker in my day was Arthur Dodd from the Harrow Inn; he would put his hand in the top of the stove fire and pull out arrowroot biscuits much to our amazement.  I also remember the third of a pint milk bottles that were placed around the fire to thaw out for mid morning break with about two inches of frozen milk popping out the top, Friday was a good day for me as dinner monitor. My afternoon job was to take the dinner monies to LLoyds bank in Petersfield and I was allowed to take a chum with me. This little excursion would take all afternoon.
As the Steep boys played baseball, a match was arranged against the Bedales lads. We thrashed them solid, so no more contests were to follow. One winter again the boys went down to the little frozen pond in the common woods, for a bit of skating during lunch break. No we didn’t hear Mr Giddings blow the whistle to return to lessons, so we were late and were each given the cane without even a book in our pants.

Members of the Ifould family lived for many years at Rose Cottage in Church Road, Steep, which was then a small single storey building.