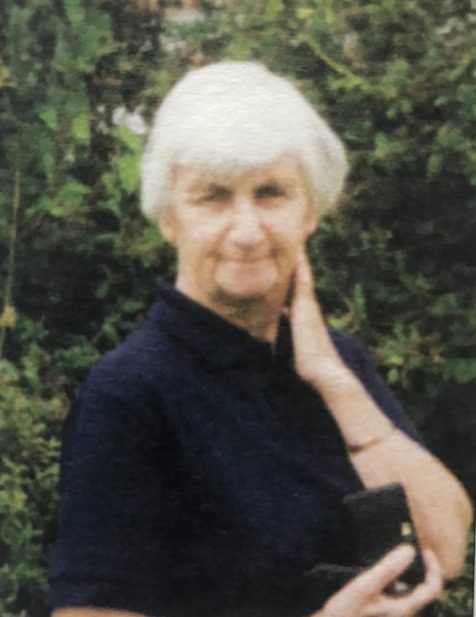 This account has been reproduced from an article in the Steep Newsletter of Oct 2009: Kay Bennett’s musings – written by David Dobson after an interview with Kay.

I first came to live in the village in 1944 to teach PE at Bedales, a decision that horrified my father, who had sent his five daughters to ‘proper’ private schools, and who regarded Bedales as racy in the extreme. Harold Bennett, my future husband, was games coach and head groundsman, and he had started Stoner Cricket Club for Old Bedalians and friends of the school, now (in 2009)celebrating its 75th anniversary and run by my son in law and my daughter Sarah. As we were both keen on cricket, that took up a lot of our time in the summer. One of the needle matches, then as now, was the annual match against Steep Cricket Club, another splendid institution that I am glad to say has continued to thrive.

Harold and I married in 1947, and for the first six months of our marriage we lived a somewhat Bohemian existence at the Harrow, while the Barnfield Cottages were being built for Bedales. We then lived in one of those cottages for three years before moving to Lithcot House, where my husband and I had charge of the 11 – 12 year old boys of the school for nigh on twenty years. I myself continued teaching until the birth of our first child, and that great event took place in a private nursing home called Rozel, opposite the Barnfield Cottages. Years later, when the nursing home had closed, we had the marvellous opportunity to buy Rozel – it took about every penny we had – and my bedroom today in Rozel is the very room in which I gave birth to Bridget. I dare to hope that my sister Mary and I may end our days here.

But going back to Bedales, one of the big changes in recent years has been the way the school has opened its doors to the village. I suppose the theatre was the biggest single influence, but we are now accustomed to use Bedales grounds and marquee for the Flower Show, and we no longer remark on how much school and village have come together. I suppose there will always be a slight feeling of ‘them and us’ but it is very much less than it used to be, I am glad to say. (Take the Flower Show for example: when it outgrew the village hall it was moved to Bedales, and thereafter for several years some villagers stayed away – silly really).

The change I most regret is the loss of a village centre, something that came with the closing down of the village shop. Sadly, I don’t think a shop is a viable proposition any more, but we could surely make much more use of the village hall – and to me that would be the centre of the village, failing that, let’s make more use of the church. That reminds me that years ago (another regret coming) we had a flourishing Welcome Club, which existed to enrich the lives of the elderly of the parish. It was started by Mrs Wickham and I ran it from the late seventies until my eyesight became a problem about ten years ago. No one could be persuaded to take it on so that was the end of that, and I have to say that like many others in the parish who do not have their own transport I could do with a Welcome Club right now.

Seeing notices about the Froxfield Choir reminds me that we once had a very flourishing choir here in Steep. It had the grand title of Steep Choral Society, and it vied each year with other local choirs to win the coveted choral prize at the Petersfield Music Festival. We were a very competitive choir I have to say, and it was usually Steep or the Petersfield Choir (our great rivals) that took the spoils.

I ought to mention the Almshouses. I first became a trustee in the nineteen sixties and took over as chairman about ten years ago. They are a marvellous set up, but the problem today is finding suitable applicants – by which I mean applicants who have a strong association with the village. We have five on the waiting list at present, but I doubt whether all five will stay the course, so my message is, do not let that put you off.

Finally, I realise that in these ramblings, I ave not spoken about Douglas Snelgar, who was vicar for most of my time in Steep. Dear Douglas was always there, be it at the Almshouses, the Welcome Club, the Flower Show or anywhere else. He christened my children and was very much a part of my life. I miss him still.

Kay Bennett died in 2017 at the age of 97 years. Her sister Mary died before her. They are both buried at Steep churchyard. Stoner cricket matches still continues. Steep Welcome Club for the older members of the village has now restarted and flourishes with meetings twice monthly.