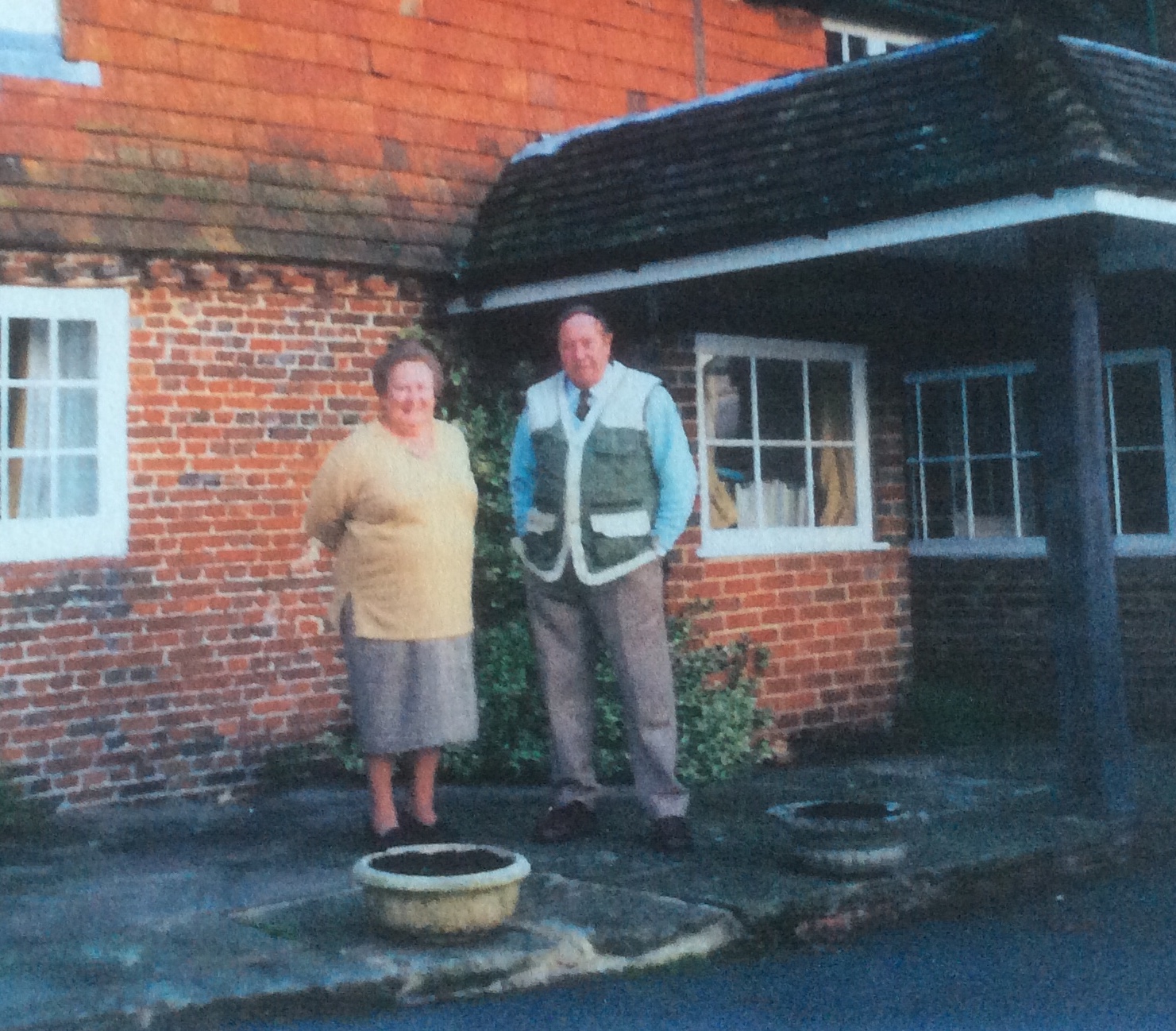 The Winscoms and Farming in Stroud

This piece by Peter Winscom appeared in the Steep Newsletter for February 2003.

At the beginning of the twentieth century, my maternal grandparents and their seven children moved from a farm at Steep Marsh to Red House in Stroud and farmed there until 1933 when they retired. There was no running water and a 600 gallon tank in the roof was filled by a pump in the kitchen from a well. one of the farm staff had to come up daily to pump the supply up. Mains water came in 1936 which was a great asset not only to the house but to the farm. Electricity took longer to come and I think it was the early part of the war before we were connected.

In 1947 I was fortunate to marry Anne, a farmer’s daughter from Bedhampton and I took over running the farm. In 1957 I was able to buy a further 150 acres on the east side of the farm. This gave us just over 500 acres which was a more profitable size at that time.

Tractors had replaced horses, combines instead of binders, milking machines instead of hand milking and refrigerated bulk milk tank instead of churns. in the early days when I started work on the farm I used to deliver the milk churns to South Eastern Farmers depot near Petersfield station in a horse drawn vehicle. The churns were sent to London.

In 1986 I retired from actively running the farm and now have an excellent manager, Oliver Howe, who does all the day to day organisation and who copes with all the masses of EU regulations, forms, cattle passports etc, etc. The cattle feed is regulated by computer and there is another computer in the farm office at Red House.

in 1992 the bypass went through the farm reducing it in size. I then purchased the original share from Trinity College. In 1998 the neighbouring farm at Weston came on the market and I bought that. Now I own and farm nearly 1000 acres, milk nearly 300 cows and keep a further 400 young stock, we grow quite a large acreage of wheat, barley, oil seed rape and maize.

I never wanted to do any other job than farming though it was hard work and hours were long. when not involved with the farm I took an interest in various activities in Steep and Petersfield. Now I am thoroughly enjoying my retirement having the best of both worlds: all the beauty of the farm and none of the hard work.