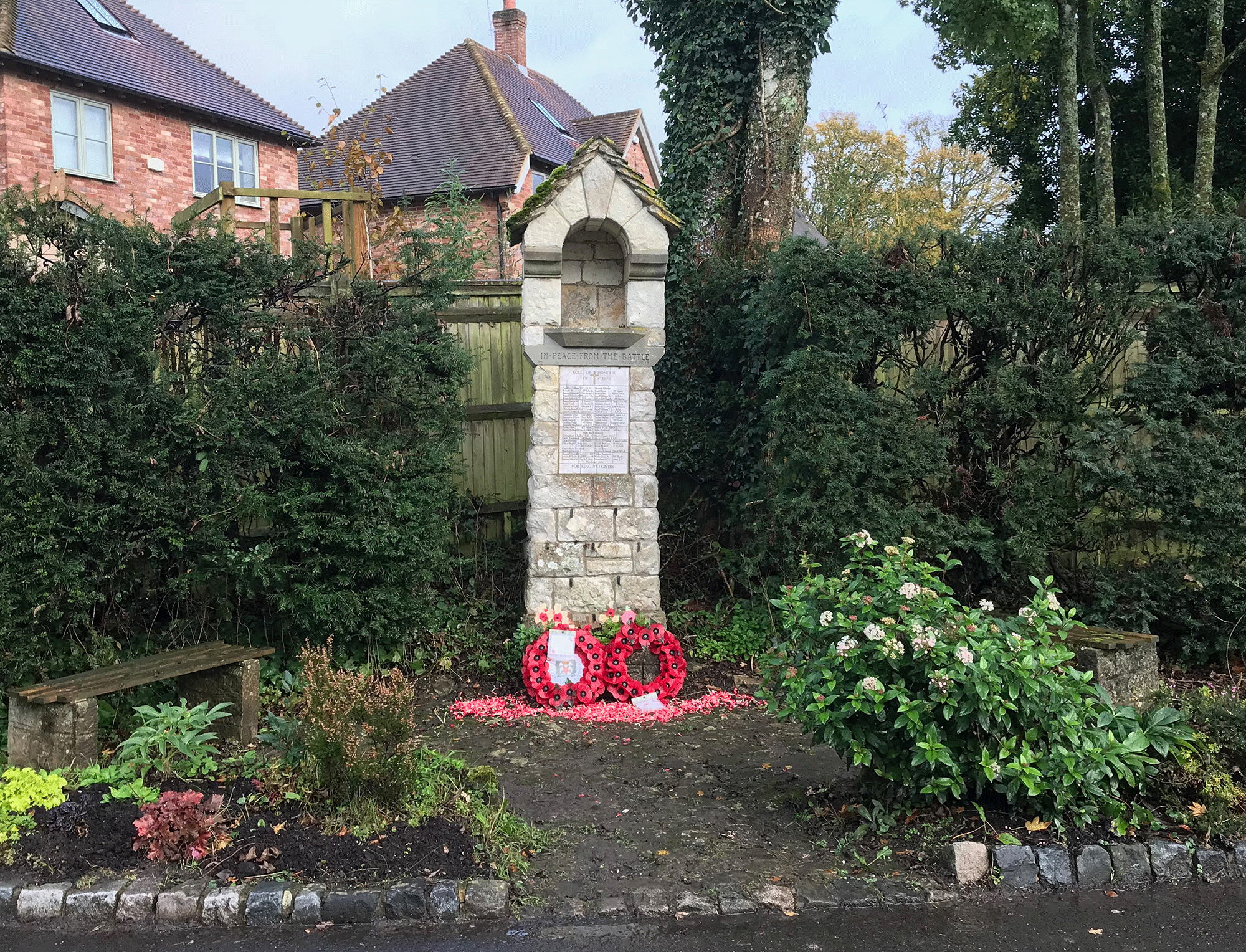 Remembrance: The Names of those from Steep who Died

Steep has three WWI memorials: the one at Mill Lane, the one at Steep church and the Roll of Service board at Steep Village Hall.  While many of the names of those from Steep who died in WWI are common to all three memorials, there are slight differences in the names recorded on each. If the names from all three memorials are combined, a total of 54 men from the village, or with a connection to Steep, are due for remembrance. These are the 54 men whose names are recorded in David Erskine-Hill’s excellent book ‘Steep Roll of Honour 1914 – 1918’. The book contains details of their family backgrounds, where they lived in the village, their service history, photographs of a number of the men, details of their medal awards and where they are buried. Copies priced £10 can be obtained from davidjehill@gmail.com

The WWII Memorial is in Steep church. Five men from Steep died.

In the Afghanistan War, one man from Steep died. There is a memorial to him in Steep church.

The definitive list of the 54 men from Steep who died in WWI is as follows: