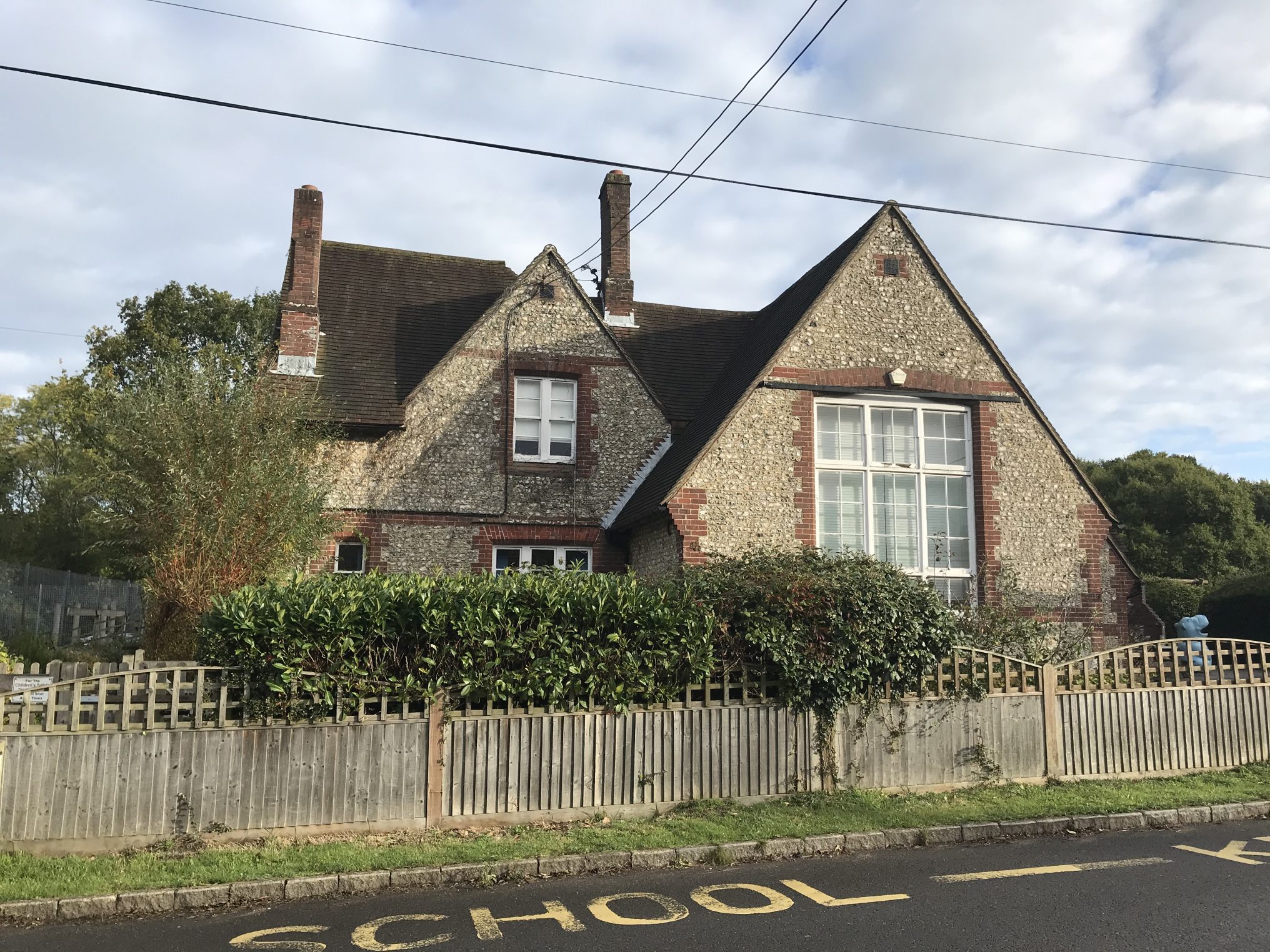 The following memories of Steep School in the 1950s were shared by Roger Jarman whose grandfather lived at Yew Tree Cottages and whose childhood was spent in Steep village.

“We all used to walk up Church Road to school each day. There were not so many cars about then and we would have to hurry when we heard the bell.

I remember that the headmaster of Steep School at the time was Mr Anthony Giddings and his wife was Brenda. They lived in the school house. There were two classrooms at Steep School, the junior side was the door straight ahead from the main entrance and the senior class was on the left. If you went through the junior classroom to the far end, there was a long room where we hung our coats and outdoor shoes. In the junior side, I sat near the entrance door in the rear row. In the senior classroom there was a large iron fire with a cage surrounding the fire, which was filled from the top with coal. This fire kept both classrooms warm. The senior side had two or three rows of seats with bookcases behind. They all faced the entrance door and blackboard. On the windowsill was a large glass jar that had a snake pickled in it. The snake had big teeth and looked a bit fearsome to me. The story was that when Mr Giddings was digging in the garden with some boys it ‘popped’ out and they killed it. We had Bible class in that room in the mornings and youth club get togethers on some evenings, when we played darts and ‘ping pong’ under Mr Giddings’ supervision.

Outside, past the windows of the junior classroom at the rear of the school, there were I think about five toilets. There was a gate in the hedge opposite the windows that lead onto the common where we had organised games.

I remember going on a trip organised by the church and Mr Giddings to the ‘ Festival of Britain’ in 1951, but sadly the details have faded into obscurity. I also remember another trip by train with Mr Giddings to London. Before we arrived, one of the boys ‘peed’ himself and the water
rushed about on the floor of the carriage as it swayed about!

Mr Giddings was quite serious. He played the organ in the church with ‘ gusto’ and was always the headmaster in all circumstances. His wife Brenda was willowy but with a caring nature.

I can’t remember any bad times at Steep School – no bullying or pressure. I did not go to the senior class but when I left to go another school, my mum brought a pile of jam turnovers as a farewell gesture.”