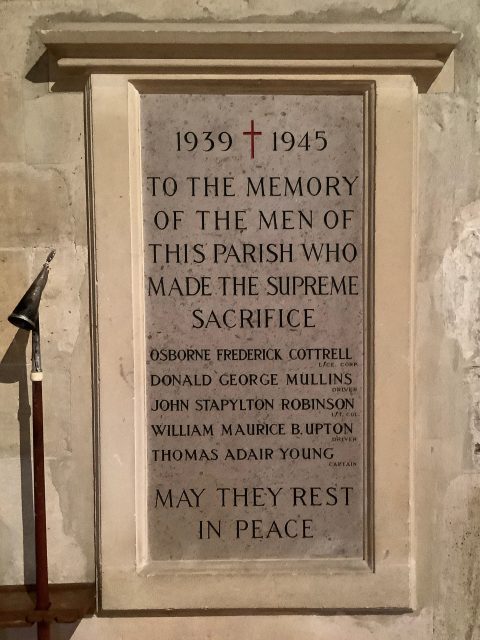 After the signing of the surrender in Europe, Churchill declared the following day 8th May would be a national holiday and VE Celebration Day. Film footage shows grand celebrations in Trafalgar Square and elsewhere in London. Yet accounts from the Imperial War Museum imply that the country in general felt it was a bit of an anti-climax after the hardship of the war years. Rationing would still continue. A weary population knew there were still hardships to overcome. Celebrations were not always on the same great scale as they had at the end of WWI. This was probably true in Steep. In April the Parish Council received a circular from the Ministry of Health about preparing victory celebrations. However, Councillor Algernon Shuttleworth proposed that the time was not right for celebration and Councillor Alfred Coles seconded him. A committee was formed to oversee the VE celebration in the village. The committee was later paid £5 4s 11d for its expenses and congratulated on the satisfactory arrangements. Yet there was no local newspaper report of the event. Given the modest expenditure, the Steep VE event may well have been something on a small scale.

With regards to a War Memorial, the Parish Council declined an invitation to the villages of Sheet and Steep to join with the Petersfield Memorial. Councillor Geoffrey Crump’s first suggestion was the erection of a WWII War Memorial for Steep on land owned by Bedales School on the corner opposite the Cricketers Inn. Trees and shrubs might be planted with a seat surrounded by gravel. All would generally improve the appearance of the corner. However, authority would be needed from Bedales to transfer the land. Nothing seemed to come of this scheme. Crump later reported that 76 men and women from Steep had seen service in WWII. Of these, five had died. This was in marked contrast to the 54 names on the WWI memorials in the village. A public meeting was held at which £660 was subscribed. It was decided not to add the five names to the existing WWI memorial, but that a tablet would be erected in Steep church. A tablet of Hopton wood stone and Portland stone by M. Mould & Sons of Petersfield was erected opposite the WWI memorial. It was dedicated by the Bishop of Portsmouth on 15 Feb 1948. After allowing expenses and the donation of further funds, it was suggested that £8 per head be given to each of the returning service personnel. Whether this actually happened, I have yet to discover.

Other events on the cessation of the war were that the ARP post which occupied the billiard room at the Village Hall was disbanded. During WWII, entertainments for evacuees had been provided at the Hall and by 1945 repairs were needed. May Fitton of Island gave money for these..

Steep House had been run by Madame Maze as a rest home for personnel from the Free French forces. This closed on 30th September 1945.  Madame Maze wrote a letter to the Petersfield magistrates asking them to thank the people of the area for the generosity and hospitality they had shown to the French sailors. Yet some of the French sailors were not keen to return home. They had met and married English girls. The daughter of one of the sailors, Michel Severe, returned to Steep and told us his story recently. 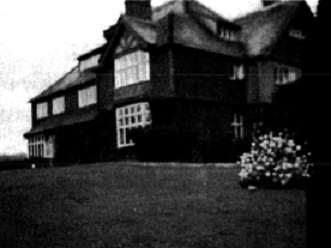 Dutch sailors from the Free Forces were in Steep during WWII too, invited by the Scheltema van Tutten family of Little Hawsted. The sailors stayed at a Bedales house named Foxcot. These men would have made their way back to Holland in 1945. At least one of them may have remained in England. Steep church registers record the marriage in 1944 of a Dutch Merchant Navy captain to a local Steep woman.

During WWII, Collyers a large house in Steep had been used as a maternity home for evacuated mothers from the Portsmouth area and for some locals too. This also closed and became a private residence again.  In Steep churchyard there are about 20 unmarked graves of babies who died there shortly after birth. Babies who survived were each given a silver spoon to take home. 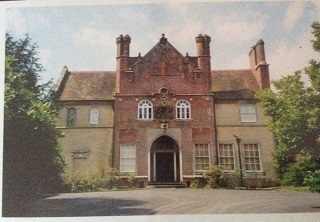 In common with the rest of the country, the Old Bedalian meeting held at Bedales School in 1945 was pleased to report the end of the black out. It was now possible to have lights on in the Quad again, to hear the clock striking once more and the Bedales bell sounding.

Mary Kelly, widow of Lt. General Sir William Kelly of the Knolls, Bushy Hill, Steep had died aged 80 years in May 1939. Her brother had commissioned Mears and Stainbank to produce a new treble bell for Steep church in her memory. It was inscribed ‘My name is Mary and I ring to the glory of God’. During WWII, no church bells were rung, as the ringing of church bells was reserved for a warning signal in the event of an invasion. The dedication of this new bell did not take place until August 1944, when the Bishop of Portsmouth came to Steep. From 1945 it would have been rung with the other five bells made by Robert Catlin in 1745. 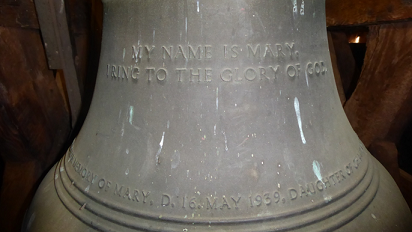 Elsewhere in Steep, Petersfield Rural District Council purchased land at Stoner Hill for £715 in June 1946. This may have been by compulsory purchase.  The Hays Cottages council estate of semi-detached houses, bungalows and flats around a green, was built there in 1950. Two years later in July 1952 Petersfield Council issued a compulsory purchase order for fields at Island Farm. May Fitton, the owner, appealed stating it was: ‘A perfect scandal. They have taken good agricultural land from a farmer supplying milk the country needs so much.’  The appeal was overturned, and further housing was built. 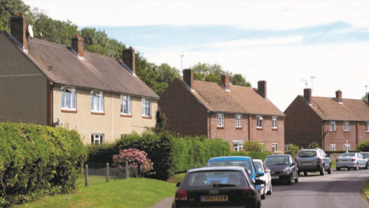 In 1945 there were still 25 houses in Church Road, Steep which had earth closets. The parish council noted the unsatisfactory sanitary arrangements and put forward a request to Petersfield Rural District Council that a mains drainage scheme be created for the properties.

Staff at Bedales School were keen to see that a VE celebration took place for pupils there. At some point in the summer term, a grand VE picnic on Stoner Hill for the whole school was planned. Sausages and potatoes were cooked on campfires and accompanied by buns, dates, tea and lemonade. Mob hide and seek and other games were played. However, despite the weather forecast being ‘fair to fine’, the pupils walked up the hill in drizzling rain which became heavier as the day wore on. ‘A hearty meal savoured by rainwater, charcoal and earth’ with ‘excellent spirits of all and efficient organisation contributing to the success of the picnic despite the weather’ was how one pupil described this VE event. Bedales pupils later made contact with three French schools which were surviving in poor conditions after the war. Parcels of books and clothes were sent to them. And in November 1945 the entire Bedales School was taken by train from Petersfield to Midhurst to see the new Henry V film. It was reported to be both ‘enjoyable and instructive’.

The Bishop’s visitation to Steep church in January 1947 noted that the population of Steep at the last census had been 808 and that it was now estimated to be 905, with an estimated 190 homes. There were 38 children at the local church school.

Bedales Chronicle 1945 in the archives at Bedales School

Free French in Steep in WWII