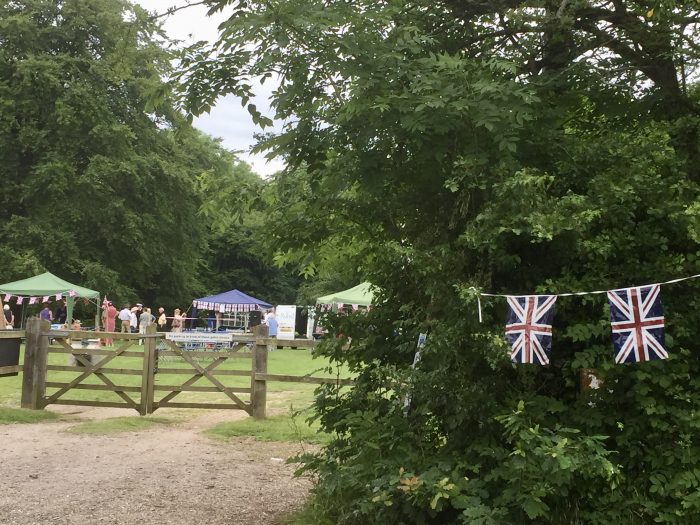 A Rough History of Steep Common

The 1841 Tithe Map shows Steep Common as labelled ‘Church Common’ and owned by ‘Steep Parish’. This Common land also extended to patches of land either side of what we now know as Church Road. In 1841 Church Road was no more than a track across this Common land.

By 1827 William Frederick Thomas Wentworth was the owner of the lands that comprised the Ashford Manor estate. The estate had previously been owned by Moses Hoper & before him by the Baker family. Ashford Manor House was on the site of the present house in Ashford Lane named ‘Old Ashford Manor’. Moses Hoper who owned it at the beginning of the C19 made alterations and gave it a Regency look. He also renamed it Ashford Lodge. It reverted to being called Old Ashford Manor around the late 1950s or 1960s.

William Wentworth was an absentee landlord. He was from Yorkshire and never lived in Steep.  He let out the land and properties to others. The Tithe Map shows that in 1841 Wentworth owned much of the land around Steep Common. The Common however was listed as owned by Steep Parish.

In 1846 the Hawker family eventually bought the Ashford Manor lands from Wentworth. William Hawker was the son of Admiral Edward Hawker. He became the curate of Steep in 1867 and first vicar of Steep in 1868. He died aged 46 years in 1874.

In the mid 1860s Enclosures took place all over the country in which Common Land was enclosed by landlords and often sold to others. This also happened in Steep. The site of the present Steep Common may have continued to be owned by Steep Parish or it may have been sold to a landlord. (I have not yet looked at the Enclosures information at Hampshire Record Office.) However, it seems still to have been designated ‘recreation land’.

The 1871 OS Map shows a plot of land labelled ‘Recreation Ground’ at the site of what we now know as Steep Common.

In 1875 a new Victorian School was built in Steep. The map that accompanies the plans for this school shows a patch of land to the right of the school labelled ‘Recreation Ground’ This map labels the Steep Common/Recreation ground land as ‘belonging to Miss Jane Tigg’. * It also shows that the Hawkers owned the land on which the Steep Almhouses would later be built with money from William Eames. I think William Hawker left this land for Almhouses under the terms of his will when he died in 1874. He or his widow may well also have donated the land for the 1875 Victorian School.

By 1897, I think this recreation ground land was owned by farmer Frank Duddy. He may have bought the land from the Hawker family who no longer had sufficient funds to maintain the Ashford estate.

Frank Duddy is listed as farming at Roke Farm (the farmhouse was Roke House) in 1891 and 1901 censuses. By 1911 census he was at Oakhurst Farm (the farmhouse was a house on the east of Mill Lane named Oakhurst) – it is very near the War Memorial. (The present – 2019 – Oakhurst Farm buildings, as occupied by Terry & Pauline Cook, do not seem to have existed until possibly 1947 onwards.)

By 1912 Frank Duddy and his wife had both died. Their lands were inherited by Frank’s unmarried step daughter Louisa Lomas. (She was his wife’s daughter from a previous marriage.) Louisa Lomas continued to live at Oakhurst House until she died aged 80 years in 1944.

Louisa Lomas was an unmarried lady of private means who lived at Oakhurst. She did a lot of good in the village & served for a number of years on both Steep Parish Council and church PCC. She gave money for provision of the church organ, organised the provision of headstones in the churchyard for William Applebee and Thomas Reed, who both died in WWI, & did much more. For many years before WWII, the annual Steep Flower Show was held in the grounds of her house, Oakhurst.

Harry Grimshaw’s wife was named Eileen. Harry had originally come from Wiltshire. When he retired as a publican, the Grimshaws returned to live in Wiltshire.

By 1977, Harry Grimshaw had died. Around this time, a planning application was made to build two houses on the Steep ‘recreation ground’. (I think it may have been made by the Grimshaw family.)  This application was refused, no doubt after the vociferous objections of Steep Parish Council. Following this, Steep Parish Council purchased the ‘recreation ground’ land from Eileen Grimshaw.

1977 Steep Parish Council registered the land as a Common and has managed it ever since.

In the later C18, a Tigg family lived at Dunhill. George Tigg was a cordwainer (maker of shoes in fine leather, rather better than a cobbler.) This George Tigg was married to Ann. Steep church registers have records of various Tigg baptisms, marriages and burials 1766 – 1895.

There are records of a Jane Tigg, daughter of Thomas and Ann of Dunhill, being baptised in 1800. ‘Jane Tigg spinster’ also had a daughter named Ann, who was baptised in 1828.

Another Jane Tigg was baptised in 1808.

–       Either of these could have been the Jane Tigg spinster who owned the recreation ground land in 1875.

Before the 1875 Steep Victorian School was built, there was the Steep National School which had been built in 1843. It was a single storey building and was situated on the other side of Church Road, in what is now the front garden of a house named The Tithe Barn. It was demolished when the 1875 school was built. Some of the materials were used for the building of the present school. There are plans of the old Steep National School at Hampshire Record Office. 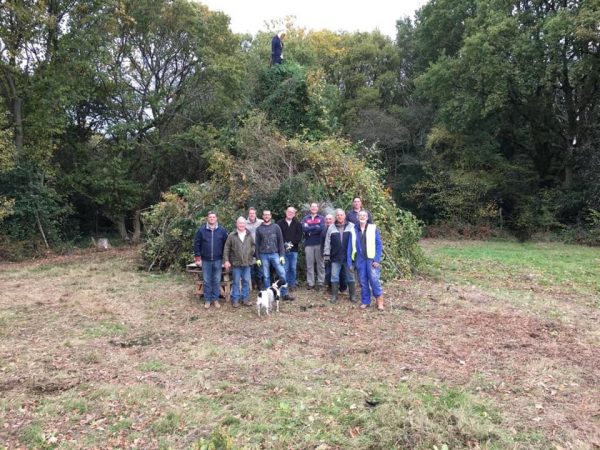 1875 Plans for Steep School at HRO

Information on the Hawker family, Wentworth, Moses Hoper and Baker family from book: The Reputed Manor of Ashford by William Whiteman

Baptism, marriage and burial registers of Steep church at HRO

Excel doc compiled by Fran Box of owners, occupiers and land use as recorded on the 1841 Steep Tithe Map Listing