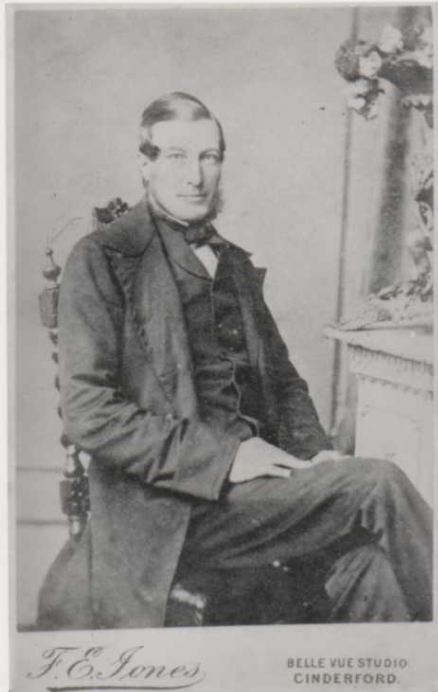 I am grateful to Janet Goddard for getting in touch through this website and for sending the following account of her ancestors the Bridger family of Steep. Some locals may be interested to note that there is a connection with Peter and Anne Winscom of The Red House at Stroud.
Fran Box

The Bridger Family of Steep

George was originally from Liss but after marrying Ann Colson at Kings Street Chapel in Portsmouth they lived at Palmers Farm, Liss before eventually settling at Downgate Farm.  Below is a family tree showing their nine children and a photograph of George Remnant Bridger.

Sadly in 1881 Ann died when youngest son Algernon was only three years old, Ann is buried in the graveyard at Steep Church, George continued to farm at Downgate and he lived to be age 75 and then passed away in 1905, he is also buried at Steep.

After George died, Agnes the eldest daughter continued to live at Downgate as Housekeeper, but she never married.  She eventually moved to Syers Road in Liss and was buried at Steep Church after she passed away in 1941.

William the eldest son married Eliza Bovey from Devon and they lived at Buckmore Farm in Petersfield, but I don’t think they had any children.

George the next son does not appear to have married. In the 1881 census he was living at Downgate but his occupation was recorded as grocer.  He also appeared on one census living in Havant as a Farm Bailiff, but he ended up coming back to work at Downgate.  He died in 1907 age 45 and was buried together with his mother at Steep.

The photo below was taken in 1899 and shows George Remnant Bridger and all his children and some of their partners.

Son Arthur was born in Steep and grew up at Downgate working on the farm.  He married Caroline Rufus in 1899 – Caroline was from Australia but her family moved to Petersfield where they ran the Railway Hotel.  Arthur and Caroline had four children and lived in the New Forest for a while before moving to Haslemere.

Daughter Edith was living at a Ladies College in Havant when she was twelve years old.  She married Alfred Bovey from Devon in 1902 and they had a son and a daughter.  They lived at Westmark Farm in Sheet before moving to the outskirts of Chichester.

Daughter Annie did not marry. After their father died in 1905  she and sister Agnes carried on living at Downgate for a while before the two of them moved to Liss.

Sydney married his wife Maggie Brooks from Glastonbury in 1896 but they did not appear to have any children.  They moved to Glastonbury where Sydney was a grocer’s assistant and spent the rest of their married life in Glastonbury.

Algernon was the youngest son of George and Ann Bridger and worked on the farm.  He marries Elizabeth Dear from East Meon and together they moved to Tankerdale Farm between Steep and Liss.  They had three children and on the 1939 Register they were living at Steep Farm Lodge.  Algernon was also buried at Steep.

Then there is Frederick Bridger my great grandfather born in 1864, he married my great grandmother Annie Elizabeth French from Alresford in 1890 and they moved to Marsh Farm.  Below is a family tree showing their seven children.

By 1901 Frederick and Annie had moved to Venables in Steep Marsh and Frederick was still farming.  They had seven children in total; the children were all baptised at All Saints Church in Steep.  By 1911 the family had moved to Red House in Stroud near Steep.

Daughter Judith married Robert Winscom and had three children. When the 1939 Register was recorded they are farming at Red House in Stroud.

Eva married James Mitchell. They had five children and lived at Manor Farm in Didling in Sussex.

The photograph below was taken around the time of WWI and is the four Bridger sisters, Eleanor, Judith, Eva and Hilda but I’m not sure what order they are in.

Frederick and Annie’s son Henry married Jeanette Sperring and they had one son.  They lived at Blackmore Farm according to the 1939 Register where Henry was a Dairy Farmer. They eventually moved to the New Forest.

Their youngest daughter Hilda married Isaac Wren.  Isaac’s family originally came from Cumbria but moved to Riplington Farm in East Meon.  Hilda and Isaac moved to Bordean Farm and they had four children.

The youngest son John married Dorothy Wilkins and they had three children.  They were living at Buckmore Farm, Petersfield when the 1939 register was recorded.

Then there was Charles Bridger, my grandfather, born in Steep in September 1894.  He worked on the farm until the start of WWI when as part of ‘B’ Squadron of the Surrey Yeomanry he camped at Pitt Manor Camp in Winchester, before they were sent to France in January 1915.  They were involved in the Second Battle of Ypres before being shipped to Salonika at the end of 1915, where they remained for the rest of the war.

His name along with his brother Henry’s are on the plaque inside Steep Memorial Village Hall which commemorates the men from Steep who served during WWI.

Charles married my grandmother Winifred Challen in 1922 at St Hubert’s Church in Idsworth.  Winifred’s family were farming at Heberdens Farm, Idsworth at the time.

Charles and Winifred spent the rest of their lives in Petersfield and had three children including my mother, Elisabeth.  My grandfather spent time working at Britnell & Crawter Ltd, Cycle & Motor Agents in College Street, Petersfield.  This is where the Folly Market is now situated.

George Remnant Bridger and his wife Ann, who came to the village of Steep and farmed at Downgate Farm certainly created a large family and I am lucky enough to have been in touch with descendants from far and wide including the USA and Australia.