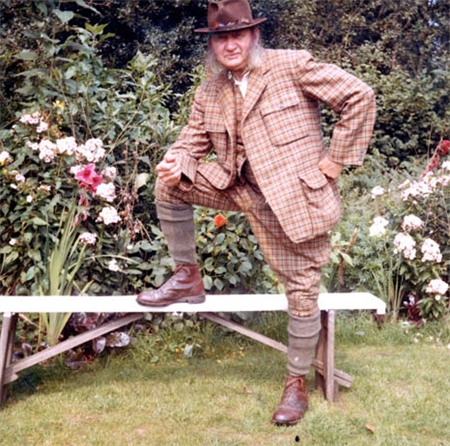 The Dominoes Players of the Harrow Inn

The following article by Rollo Wicksteed appeared in the September 2019 edition of the Steep and Stroud Newsletter.

Tuesday Night at the Harrow

If you thought dominoes was a game for the nursery or, for our more exotic readers, a Caribbean Beach Bar, think again.

Forty or fifty years ago Tuesday night at The Harrow was “Domino Night” when half a dozen senior citizens met for a couple of Brown and Milds and their weekly fix with the doms.

In those days few locals had cars and the regulars mostly worked and lived within walking distance of the pub. They formed a close knit group, many of whom had known each other for most of their lives and their relationships and rivalries had been nurtured over many years.

Bill Wickham was a lovely gentle man, Head Gardener at Elmwood where he grew the most beautiful orchids. Lennie Newman lived at Reservoir Cottages and after a day’s work tending the playing fields at Churchers he would spend his evenings on the Steep ground. Mick Triggs lived in a cottage at the top of the Kettlebrook path. Henry Goodchild, father of the more famous Davie, lived at Tankerdale where he was the cowman. Cyril Crocker lived in a cottage behind the Village Shop but did not follow a previous occupant who wrote poems. Cyril had a little motorbike and a red helmet but was very thin, and this earned him the nickname “Swan Vestas”. Alfie Grimes was employed as a linesman on the railway and claimed to have access to weed killer strong enough to fell a telegraph pole (and thus keep leaves off the line). Jim Hobbs a bricklayer and Jack Oakley vied for the crown of being the pub ‘character’ with Jack shading the honour as they sparred with each other from either side of the fireplace, thanks to his poacher’s suit given him by his sister, the landlady.
It is often said they don’t make such characters any more and the Domino School would certainly take some beating. It would be nice to think that on some celestial cloud the clatter of the ‘doms’ can still be heard when old pals meet on a Tuesday night.

The landlady referred to in the above account was Annie Dodd (neè Oakley) wife of Arthur Millington Dodd and sister of Jack Oakley.