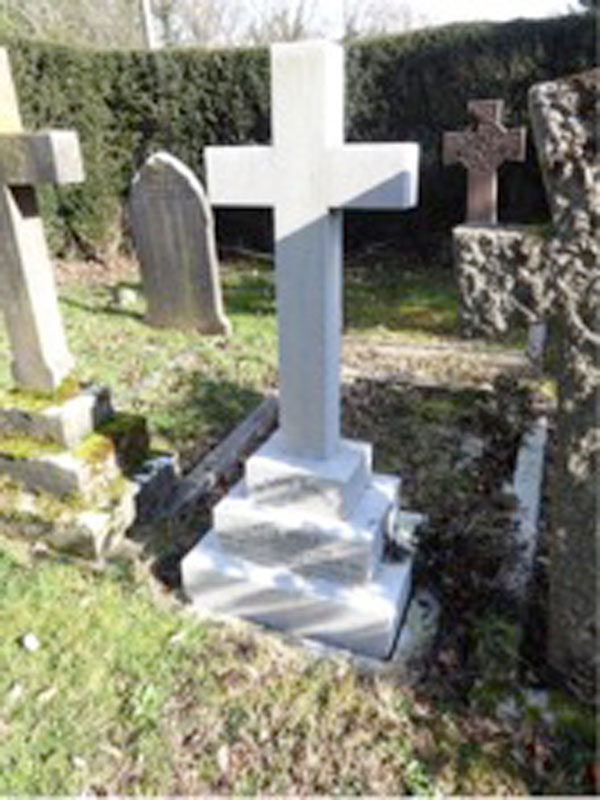 The FA Cup Final and Steep

Did you know that a former resident of Steep played in the first ever FA Cup Final In 1872?

Only fifteen teams entered the inaugural FA Cup competition – not all from the well known cities which proffer today’s prestigious teams. The two teams who made it to the final were Wanderers (a London based club comprising mostly ex-public school boys) and the Royal Engineers. The match was played at Kennington Oval where 2000 spectators each paid one shilling to watch on 16thMarch 1872. Playing for the Royal Engineers was one Adam Bogle, who later came to live in Steep. It was the custom then to concentrate on attack rather than defence in football. Thus at the age of 23 years Adam was one of seven forwards in the Engineers team for the 1872 match. It is possible that he may not have been one of their regulars, yet Bogle was said earlier to have “displayed the vigour and robust play typical of the Royal Engineers attackers”.

At that time, many teams relied on dribbling tactics, but the Engineers had devised an innovative use of passing. The Engineers were considered favourites to win but having lost the toss, they had the sun in their faces and were against the wind at the start. After ten minutes play, Engineers player Edmund Cresswell suffered a broken collar bone, but refused to leave the pitch, spending the rest of the match on the wing as a “passenger”. The rules of the time stated that substitutes were not allowed. Five minutes later, Wanderers player Morgan Betts scored the single goal. Engineers strove hard for the rest of the match but the final score was 1- 0 to the Wanderers, who won the Cup.

Major Adam Bogle was a Scot, born in 1848. He attended Harrow School and became a career soldier with the Royal Engineers, rising to the rank of Major by 1887. He married Ethel Glossop in 1882. He was listed as living at Steephurst house, Steep in 1898 – before Bedales School came to that site. Then in 1903, Kelly’s Directory recorded that he was living at Collyers – the house owned by the Shuttleworth family. Mrs Shuttleworth was by then residing at nearby Dunannie house and other family members had moved on. Collyers house seems to have been rented for periods of time to Adam Bogle and his wife, but the couple were not there for the 1911 census. When he was in Steep Adam Bogle also supported Steep cricket. His name appears as one of the club’s Vice Presidents on their cards for 1898 and 1899. Major Bogle eventually died at Collyers in 1915 aged 66 years. He is buried in Steep churchyard.

With grateful thanks to the late Ruth Whiting for discovering Steep’s claim to football fame and for the details of Adam Bogle’s background and residence here. Match details from the FA website and Wikipedia.

Ifould, Sarah (later Welch) 1816 – 1898, the member of the Ifould family who emigrated to America