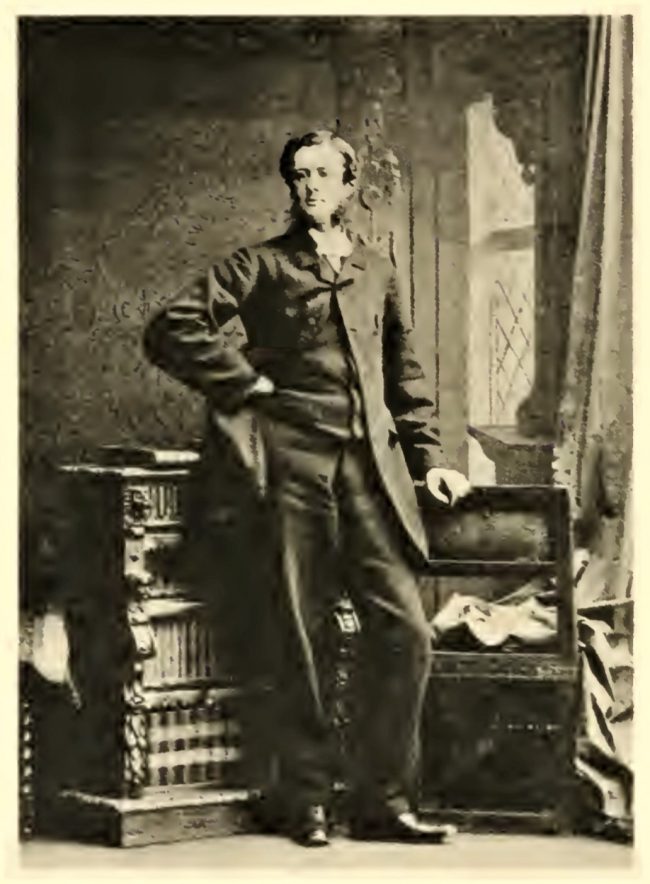 Retired RN Captain Edward Hawker was the first of the Hawker family to come to Steep in 1830. At the age of 34 years, he had married 18 year old Joanna Poore. Later at the age of 48 years, Edward Hawker was to retire on half pay. He eventually reached the rank of Admiral in his retirement. From 1830 he came to live at Ashford Lodge, Steep with his family. He leased the property from its owner Yorkshireman Frederick Vernon Wentworth. Before coming to Steep, the Hawkers travelled on the continent. It is believed they were in both Italy and France. Between 1817 and 1833, Edward and Joanna had nine children. Three, possibly four, of their sons eventually went to South Australia between 1838 and 1840. They became successful sheep farmers with very large estates there.

In 1843 Admiral Hawker married for a second time to Dame Mary Anne Williams, the widow of Admiral Sir Thomas Williams KCB. Just before the wedding, she put her money and property in trust, so that it would still be available for her use. After her marriage, she continued to be known as Lady Williams to her stepchildren. In 1846 William Frederick Vernon Wentworth, the owner of the Ashford Lodge estate, put it up for auction. Although, the Hawker family may have had another residence in London and also seem to have enjoyed trips to Brighton, the family were obviously keen to remain living at their estate in Steep. Lady Williams bought the Ashford Lodge estate with her money.

William Henry Hawker, born in 1828, was the fifth son of Joanna and Edward Hawker. After Rugby and degrees from Trinity College, Cambridge, William Henry Hawker trained for the priesthood. He was to become the first vicar of Steep in 1868. In addition to his theological interests, William Henry Hawker was intensely absorbed in natural history interests. He was a great collector and observer of birds, insects and plants. He was a founder member of the British Ornithological Union. He was a climber and spent time climbing in the Maritime Alps and in Corsica. He contributed to the Alpine Journal. He was a good shot, enjoyed angling and a good sportsman.

The couple lived first in the Blendworth district, where there were other relatives of the Hawker family living at Cadlington Hose, Blendworth House and Myrtle Farm. William Hawker became curate of Idsworth and of its little St Hubert’s chapel. In February 1858 Lady Williams died aged 64 years. She left the Ashford Lodge estate to her stepson William Henry Hawker, the only one of the Admiral’s sons to have remained living in the local Hampshire area. Widowed for the second time, the Admiral was to continue living at Steep with his unmarried daughters for a further two years.

In 1860 while still at Blendworth, William and Eugenia Hawker’s twins Charlotte and William Carmichal Hawker were born. Later in the same year, Admiral Edward Hawker died, so William and his family moved to Ashford Lodge, Steep, where he continued his natural history, climbing and sporting pursuits. In 1864 William was appointed curate of Steep. At that time, Steep church was a mere chapel of ease in the bigger parish of East Meon.

At the end of 1867, ecclesiastical authorities decided that Steep would separate from East Meon and become a parish in its own right. One wonders whether William Henry Hawker played any part in promoting this decision. At the end of December 1867, he was appointed vicar of Steep, which became its own parish by 1868. Another son, Arthur, was born to William and Eugenia in 1871. To make it worthy of being a parish church, William began plans for an ambitious set of improvements to All Saints’ church. He also planned improvements to benefit the poor of Steep village too. In 1872, he granted two portions of his land to Steep village, one for the building of a newer bigger village school and another nearby plot for the building of almshouses. Ashford Lodge, the Hawkers’ house was also improved and given Victorian style bay windows on its north face.

Sadly, William was not to live to see through his great schemes, for in 1874 he died at the young age of 45 years after ‘a severe illness of several weeks’. His death certificate shows that he died of pneumonia and ‘phthisis’. The latter had been certified two months previously. Phthisis is an old medical term that sometimes denoted general debility due to tuberculosis. There is a story in the village that William Hawker’s death was due to an illness of some weeks that may have been brought on through over work. He was certainly a busy young man, with lots of projects in mind to benefit the village of Steep and its church. He perhaps succumbed to an infection when out and about on his busy schedule in the village. If his lungs were already in a poor state due to a tubercular condition, then it is not surprising that the pneumonia was fatal.

Thanks to Samuel Blackburne, the succeeding vicar, the church improvements were achieved. A magnificent stained glass window by Clayton and Bell was installed over the altar. It was given by Eugenia, in memory of William. The new school opened in January 1875. For the rest of her life in Steep, Eugenia regularly visited the school to see how the children were progressing. Around 1880, a Steep Children’s Home was begun at a house on the Ashford estate named Berryfield Cottage. It housed young orphaned girls aged 3-11 years from the Portsmouth area. A Miss Charlotte Norris was in charge of running it. The Home continued until at least 1898. the girls were brought to Steep church to be baptised and they attended Steep school. This may well have been another of Eugenia’s schemes.

In 1879 local man William Eames, who lived at Ashford Cottage on the Hawker’s estate, bequeathed his estate for the building and endowment of the Steep Almshouses. They were completed in 1882 and became known as The Eames Almhouses, yet they had been built on the land given by William Hawker.

William and Eugenia’s younger son Arthur died aged 12 years in 1883 and their daughter Charlotte in 1887 aged 27 years. Both were buried at Steep. In 1885 the Hawker’s son, William Carmichal, married Mary Wilhelmina Noel Money at Steep church. She was the daughter of retired army captain Albert Money of Little Stodham. Shortly after the wedding, the couple left for India. William Carmichal was an officer in the Hampshire Regiment. The regiment seems to have been posted to India. In November 1886, William Carmichal and Mary’s daughter Dorothy was born in India. Just over two year’s later the Hampshire Regiment was involved in action in Upper Burma (Myanmar) in which William Carmichal was wounded. He was to die just over two weeks later. His widow Mary returned to UK. She married Cecil W Kennard in 1890 and had 3 further children. Dorothy lived with her mother in Kent; she would eventually inherit the Ashford estate.

Eugenia died in 1901 and was buried at Steep. Her granddaughter Dorothy inherited the Ashford estate in 1907, by which time poet Edward Thomas, his wife Helen and their two older children had come to live in Steep at Berryfield Cottage. By the time that Dorothy inherited, parts of the Ashford estate, such as the Island area, had already been sold off. A survey of the estate was carried out, finding that the Ashford Lodge house was in a poor state with ‘two ranges disused and beyond repair’. Only Berryfield Cottage was in fair order. Timber on the estate had also been neglected. Ashford Lodge and its estate was eventually sold in 1911 to the Graham brothers, who bought it for the use of their widowed brother in law Aubyn Trevor-Battye and his two daughters.

William Henry Hawker, with his wife Eugenia, seems to have been an energetic and dynamic force, who lived in Steep at a time when many major changes took place in the locality. He may well indeed have been the initial driving force behind a number of them. The Enclosure of Common Land took place in 1866, Steep became a separate parish in 1867, there were major improvements and alterations to the fabric and building of Steep church, a new and bigger school was established and provision of land enabled the future building of almshouses.  After William’s death, his widow Eugenia carried on his good work and even began some of her own, such as the creation of the Steep Children’s Home. The Hawkers enjoyed the hunting, shooting and fishing country life of Steep provided by their residence at Ashford Lodge. Yet they were a rich gentry family who reached out to the poor of the local area recognising the necessity of providing for their needs too.

Pdf of her family research into Admiral Edward Hawker & his family, particularly the Australian branches of the family from Sue Ingham Nov 2018

NADFAS record of All Saints’ church 1982 by Petersfield NADFAS Group

Henry Ifould of Steep, the Builder of the Cricketers Inn